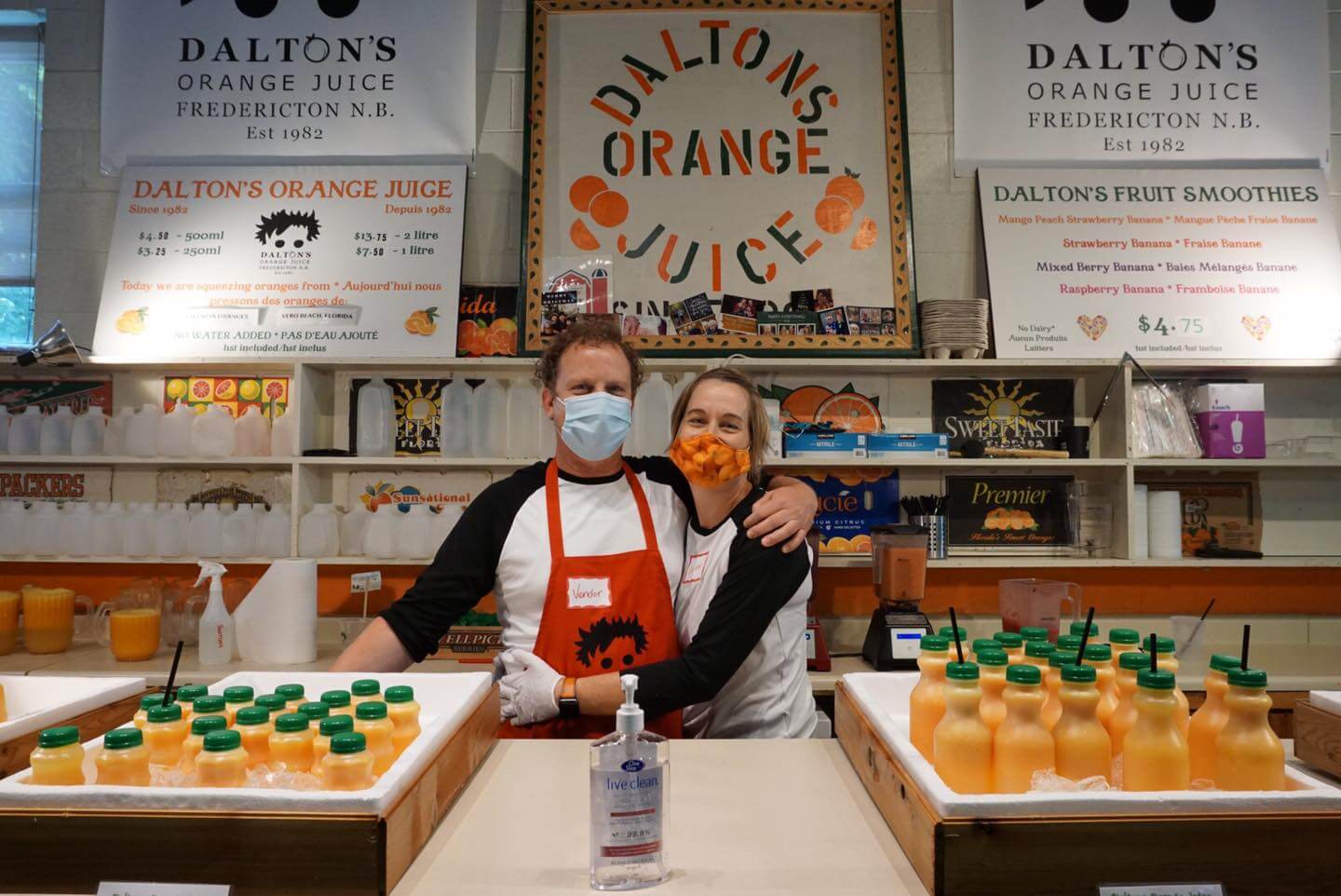 Butch started selling orange juice at the market when he was 14 years old and used to come down to the market at 3am with his mother to wait in line for a booth. They started in the annex, moved into the old section of the market, and then later, moved into the new section when existing vendors were given the choice to move. Because of his early introduction and long history at the market it has become part of the fabric of who he is as a person.   People constantly recognize him as the OJ guy” and even now he still wakes up every Saturday at 4:30am no matter where he is or what he is doing.

Since 1984 the business has grown significantly. In the beginning, they started with a small home juicer, 1 case of oranges and a stack of 8oz cups, which were sold for .99 cents each. Over time the business grew to point where they now squeeze, bottle, and sell over 40 cases of oranges into juice most weeks at the market. He now hopes to get 50 years in before he retires from it.

FIND US AT THE MARKET

Back to previous search